My Destiny is in my own hands. 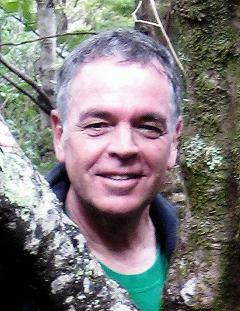 Wayne Hackett was born and raised in California, graduating from high school in Tehachapi, California.He attended Abilene Christian University in Abilene, Texas, where he majored in pre-dental studies.He was accepted into the University of Oregon Dental School;however, later chose to return to Abilene Christian University, where he received a B.S. Ed degree, specializing in the sciences and secondary education.In Texas, he worked in both state and private institutions as a teacher/counselor.

In 1972, he moved to Boulder, Colorado, where his interest turned towards holistic health and education. Structural integration (the work of Dr. Ida P. Rolf) shaped and focused much of his early study. On November 14, 1977, Wayne met Mary Burmeister, who has been his teacher and inspiration since that day.

Wayne currently makes his home on the Island of Kauai in Hawaii, where he continues his Jin Shin Jyutsu study and maintains a private practice. Wayne travels extensively, presenting Jin Shin Jyutsu lectures in the United States and throughout the world.He has a particular fascination with the esoteric significance of symbols (numbers) and cosmic geometry (planetary relationships).

My friend had a twenty-year history of asthma. I showed her how to hold her ring fingers to strengthen her respiratory functions. She remarked on being able to breathe more freely after holding them and decided to receive some Jin Shin Jyutsu sessions from me. I focused on balancing the second depth. After three sessions, she said she felt like a new person. She didn't need any medication or vaporizers since receiving Jin Shin Jyutsu. Also, she said she could feel her lungs become more clear for the first time.

Whenever I find myself at a higher altitude, I seem to be susceptible to headaches. These leave me incapacitated for at least a day. Recently, a friend instructed me on how to hold the base of my thumbs at Safety Energy Lock 18. She told me that this would help to clear up the pressure that I felt in the back of my head. I used this on myself during my next trip to the mountains, and was pleasantly surprised at the result!

I had a great deal of fear about an upcoming business trip. My left low back began causing me increasing pain, to such an extent, I wondered whether it would be possible to go on my trip. I went to a chiropractor to be adjusted, but my back still hurt. Finally, I boarded the plane for my trip, with my back still causing me a great deal of pain. As I sat in the plane, Mary's words came through loud and clear- "Keep it simple-when your back hurts, simply hold on to your index finger." I held my index finger, feeling my fears melt away, and to my surprise, so did my back pain. Throughout the entire week of my trip, my back was pain free--and I was reminded of the simplicity of the Art of Jin Shin Jyutsu.

Subscribe to the Jin Shin Jyutsu® Emails
for latest news and events.